Lyrics of South Of The Border 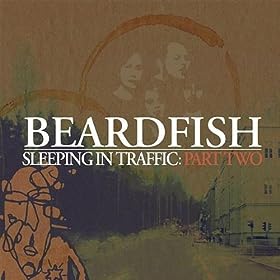 South Of The Border by Beardfish comes under the genre Classic Rock,General , Pop,General , Rock,General. It was released on 26 Jan 2010 under the label of INSIDE OUT MUSIC. Copyright holded by 2008 InsideOut Music.

Lyrics of South Of The Border

This is the story of Gad-About-Garth
He was the kind of man you see in every bar
An old school bling bling guy, shades on in the dark
"I'm here for ladies" he'd say, "light up my smoke"

Workin' the dancefloor, he'd shake it about
Chains and jewellery shimmering, bling-a-ling, glimmering
Workin' the females, not a butt he didn't slap
Dropping one-liners, some chauvinist crap:

Hey Ba-by!
Have you ever been south of the border?
Yo Sugah!
What would you like for breakfast in the morning?

Garth's fellow-workers at the office were fed-up
"I swear if he tries som'n wit me I'll smack his ass all the way back to gooberville!"
Especially the ladies who felt they had enough
"Dam straight" "Uh-huh!"
They had arranged for him a neat little surprise
The yearly party at the office was the night

They hired some really beautiful drag queens
To jump out of a cake and tease around the crowd "Ta-dah!"
Everyone was in on it but Garth who was quite drunk
He did his usual act, obnoxious and loud

He was workin' the dancefloor, he'd shake it about
Chains and jewellery shimmering, bling-a-ling, glimmering
Workin' the queens, not a crotch he did not tap
Dropping one-liners, some chauvinist crap:

Hey Ba-by!
Have you ever been south of the border?
Yo Sugah!
Feel my pecker, he's the sheriff and that's an order!

In the morning Garth woke up next to a beefy lady with no hair and bad breath
He was angry, but then at the same time he could not make himself leave just yet
All these feelings, what are these? Have I been Gad-About-Garth just to hide something that I am?
He remembered everything and felt a rush go through him as he realised he'd made love to a man!
In a sense he felt fulfilled as he looked back on gettin' high with Amanda (A man - duh!) last night
How could something he had always thought was filthy growing up, suddenly seem so right?
CAUSE HE WAS GAY!

This was the story of the Gay-Man-Garth
He is the kind of man you don't see in a bar
A truly pleasant guy who listens, understands
All women wants him, but he saves it for the gents


South Of The Border Lyrics are the property of the respective artists, writers and labels. These lyrics are provided for eduacational purposes only. Please buy the song if you like them.