Lyrics of Hellhound on My Trail 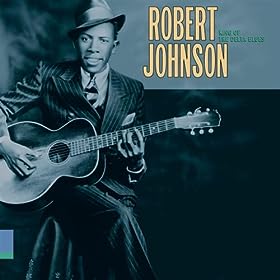 Hellhound on My Trail by Robert Johnson comes under the genre Blues,General. It was released on 07 Oct 1997 under the label of Columbia/Legacy. Copyright holded by Originally Released 1936, 1937, (P) 1997 Sony Music Entertainment Inc. WARNING: All rights reserved. Unauthorized duplication is a violation of applicable laws..

Lyrics of Hellhound on My Trail


thumb|
One of two known photographs of Robert Johnson
]] 'Hellhound on My Trail' is an original blues song recorded by a young drifter from the Mississippi Delta, Robert Johnson, in Dallas, Texas on Sunday, June 20, 1937, one of ten songs recorded in his second and last recording session for RCA. By the fall of 1938 Johnson was dead, at the age of 27. According to legend, Johnson sold his soul to the devil in a Faustian deal at the crossroads in return for his musical talent. This song fuels the mystery and lore surrounding him as it suggests a man in the grip of evil, and his deal with the devil has become part of popular culture. 'Rolling Stone' magazine considers Johnson's version of the song 'essential listening'. Johnson played the guitar with a distinctive bottleneck slide style and sang with an intensity that was personal and chilling. His guitar was in open E tuning with the lower strings providing a droning accompaniment. Muddy Waters told Alan Lomax that he admired Johnson and had once seen him perform; both Waters and Johnson had been taught by Son House. One blues scholar suggests that Johnson followed Johnny Temple and Joe McCoy in adapting Skip James's song 'Devil Got My Woman'. According to a biography of Skip James, from recorded taped interviews, Joe McCoy was responsible for the first recording of this 'banal ditty', but it was not released until 1940.
Other songs from Robert Johnson

Other songs from Robert Johnson

Other songs from Robert Johnson


Hellhound on My Trail Lyrics are the property of the respective artists, writers and labels. These lyrics are provided for eduacational purposes only. Please buy the song if you like them.