Lyrics of Dead by dawn 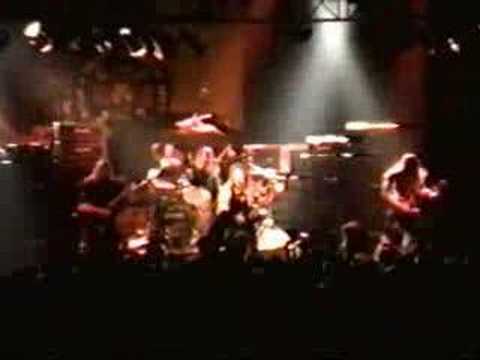 Dead by dawn by Deicide is part of the album "Deicide" .

Lyrics of Dead by dawn

Book of the dead, pages bound in human flesh
Feasting the beast, from the blood the words were said
I am unseen, dreamt the sacred passage aloud
Trapped in a dream of the necronomicon

Seven lords of an evil and fatal force
Levitate through the secret and ancient doors
Unbegun, premenating bizarre
Swept away to the castle of Cantar

Seeking the tomb, tried to possess
Immortal sleep, visions of death
Drank of the blood, water of life
Splendorous son, show me the sign
You are dead
Blanketing fear, unknown to man
Demons appear, death they command

We are what wars, and shall rule again
Dead by dawn, chanting death thee ancient hymm
This is not real, I am not the chosen one
Trapped in a spell of necronomicon


Dead by dawn Lyrics are the property of the respective artists, writers and labels. These lyrics are provided for eduacational purposes only. Please buy the song if you like them.